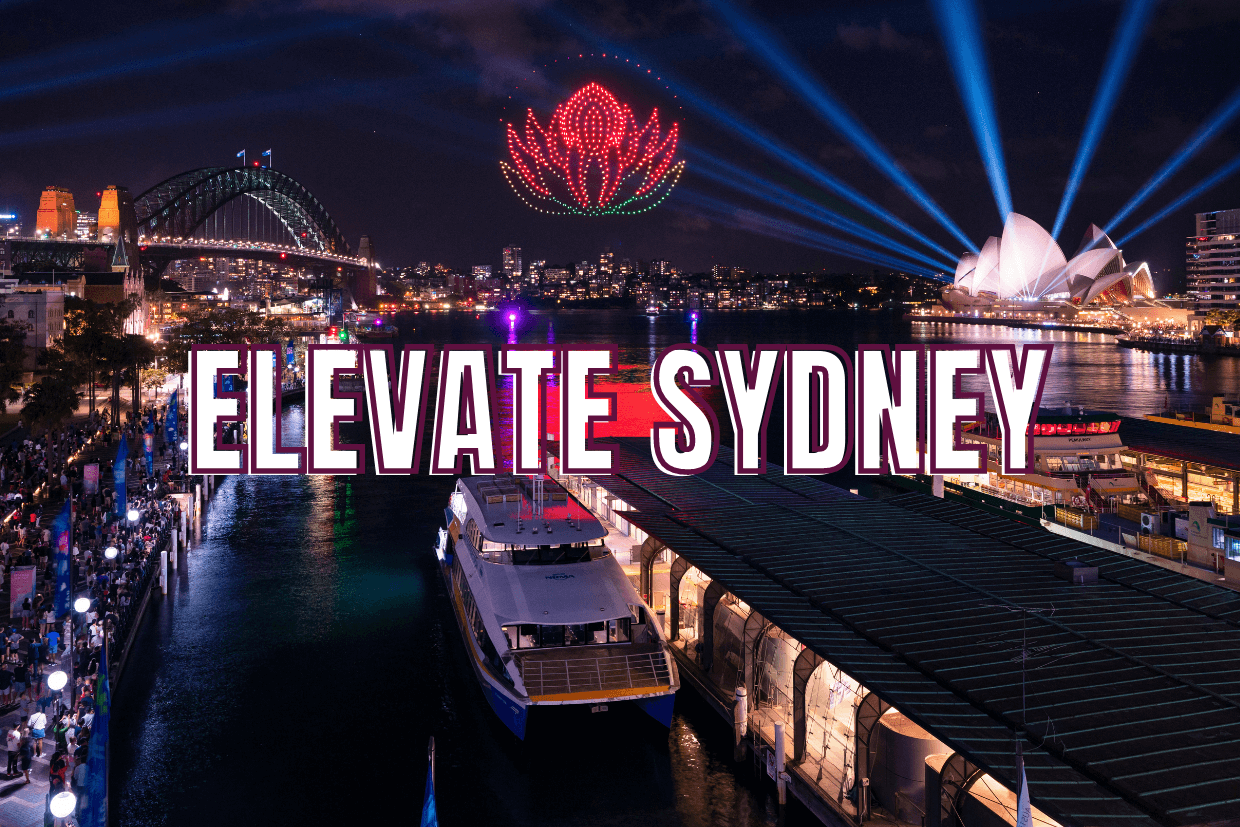 It was great to see our Managing Director Ross Anderson discuss our recent involvement in the ELEVATE Sydney SkyShow on the MySecurity TV podcast, with the host Chris Cubbage and Andrew Crowe from Mirragin.

The 11-minute long sky show (a major event of the ELEVATE Sydney festival) set a new record for the most number of drones in the sky at the one time in the Southern Hemisphere.

And it was a spectacular sight, with hundreds of drones flying in various formations over the iconic Sydney Harbour, with the bridge and Opera House in the background.

During the event, the launch sequence, animation and recovery process for each of the 500 drones was essentially run off one laptop, controlled by one pilot, with the help of an assistant and a third pilot on standby.

Aviassist played a role in training and accrediting the three international pilots for Intel who were involved in performing the show and surprisingly, the visiting pilots’ feedback was that the Australian licensing regime is one of the most challenging in the industry.

We’re definitely leading the space when it comes to our focus on manually flying the aircraft!

A key takeaway from this episode is

One of the main things discussed by Ross during the interview with Chis and Andrew is the changing mentality surrounding what is possible with drone technology, and the growing interface between the pilot and machine.

Ross finds it fascinating that a typical license regime focuses on one to one (flying one aircraft at a time) when we’re seeing so many advantages to one to many.

In his opinion, Ross believes that to truly get the most out of remotely piloted aircraft, we need to ensure licensing keeps pace with where the future is leading us, and these light shows are just one example.

For instance, as Ross discussed on the podcast, the use of multiple drones is widely seen in agriculture today, replacing traditional, expensive aircraft from being used in spraying exercises – a safer alternative than having someone manually undertake this activity.

The use of drone technology goes much more broadly than this too, with a recent example Ross saw being the use of drones to track bees. (One pilot was able to track thousands of bees at once.)

This gets you thinking if this can be done remotely, what else can be too?

Predicting the year ahead

When asked what his predictions were for the drone industry in 2022, Ross’ short answer was: ‘Busy’.

And, if you ask any one of us at Aviassist, we will tell you, this busyness isn’t expected to slow down anytime soon.

Aviassist was recently involved in a technical working group with the industry regulator CASA which looked at drone regulations over the next 15 years.

Speaking of BVLOS, there was a recent example where a pilot in Melbourne was operating a drone through Aviassist’s headquarters in Newcastle.

Over a decade ago, it was almost impossible to get people excited about drones and their future potential, and now look where we are and how far the industry has come.

The applications of drones is incredible, and we can’t wait to see where this technology is headed and the great things we will be able to achieve with it.

For those interested in learning more about the future of the drone industry, see the link to the podcast below.