Aviassist in the Media: Working with top US drone manufacturer Skydio on autonomous flights

We recently had the CEO of US drone company Skydio, Adam Bry, pay a visit to Aviassist in Newcastle to see their Skydio 2 drone being piloted from 800 km away in Melbourne. And fair to say, everyone loved what they saw, including the local media.

We recently had the CEO of US drone company Skydio, Adam Bry, pay a visit to Aviassist in Newcastle to see their Skydio 2 drone being piloted from 800 km away in Melbourne.

And fair to say, everyone loved what they saw.

NBN Newcastle and the Newcastle Herald come along to witness the demonstration, and as a result, Ross and Adam were interviewed for the local 6 PM news and newspaper.

This was a big opportunity for Aviassist to showcase ourselves on the national stage and align with America’s number one drone manufacturer, which is currently valued at more than $1 billion US.

California based Skydio counts the US Army, Drug Enforcement Administration among its clients, so this was certainly a big deal to have Adam and his team stop by.

“According to the Valuates report, the global market for commercial drones is reportedly estimated to grow from $6.5 billion to $35 billion in the next five years.” Newcastle Herald 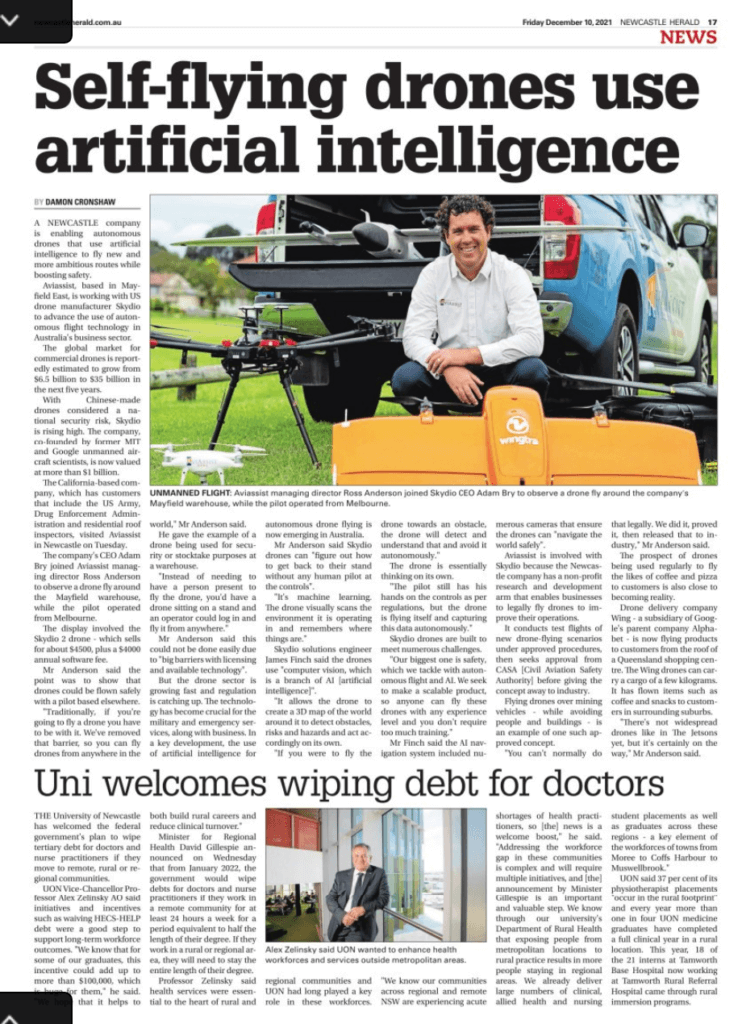 How we assist Skydio in Australia

Skydio partnered with Aviassist after learning about our approach to enabling, navigating and fast-tracking regulations. The company also aligns with our ongoing commitment to research and development, which will see Aviassist collaborate with additional tech partners in the near future.

In Skydio’s case, that involved “beyond visual line of sight” piloting and the result was a flying success! One use case included a flight in a warehouse from over 800 kilometres away

Traditionally, if you’re going to fly a drone you have to be with it in person but we’ve removed that barrier, so you can now fly drones from anywhere in the world.

And that’s offering endless possibilities as to what can be done with drones; for example, security or stocktake purposes at a warehouse without a pilot being physically present.

Furthermore, pilots will be able to take advantage of more flexible work from home arrangements – joining millions of other workers globally who have benefited from such arrangements since the pandemic changed the way we worked in 2020. 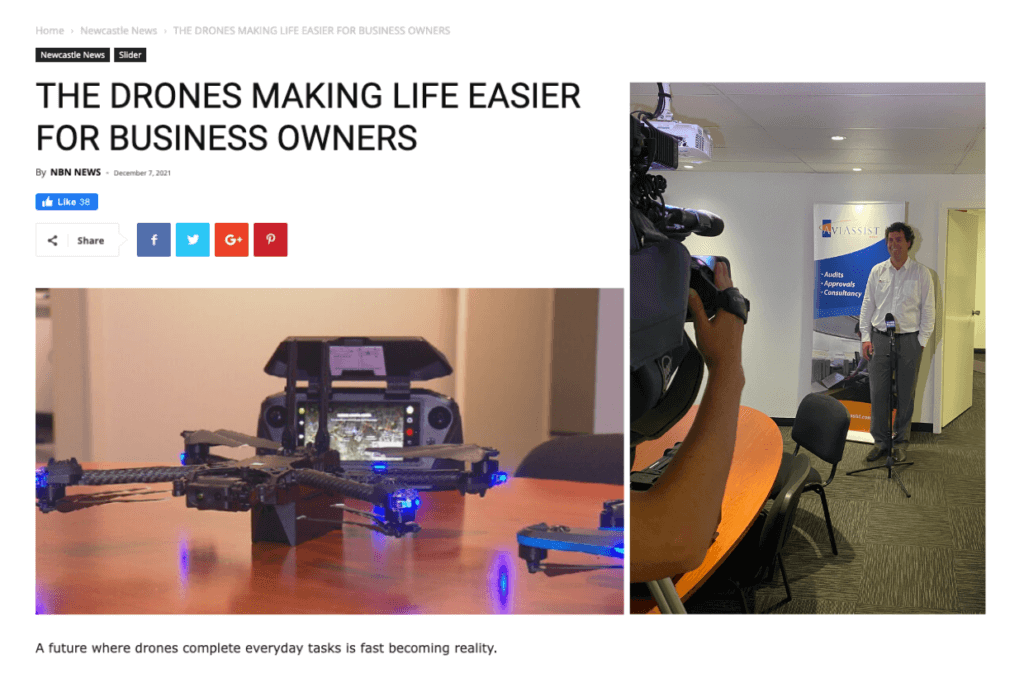 Skydio drones are also pioneering “computer vision”, which is a version of artificial intelligence.

It allows the drone to create a 3D map of the world around it to detect obstacles, risks and hazards … and fly around them!

To give an example, if a pilot was to fly a drone toward an obstacle, it would avoid it, essentially thinking on its own.

This might sound reminiscent of a scene out of The Jetsons, and it’s certainly on the horizon and test flights similar to those conducted for Skydio is certainly a step in the right (upward) direction.