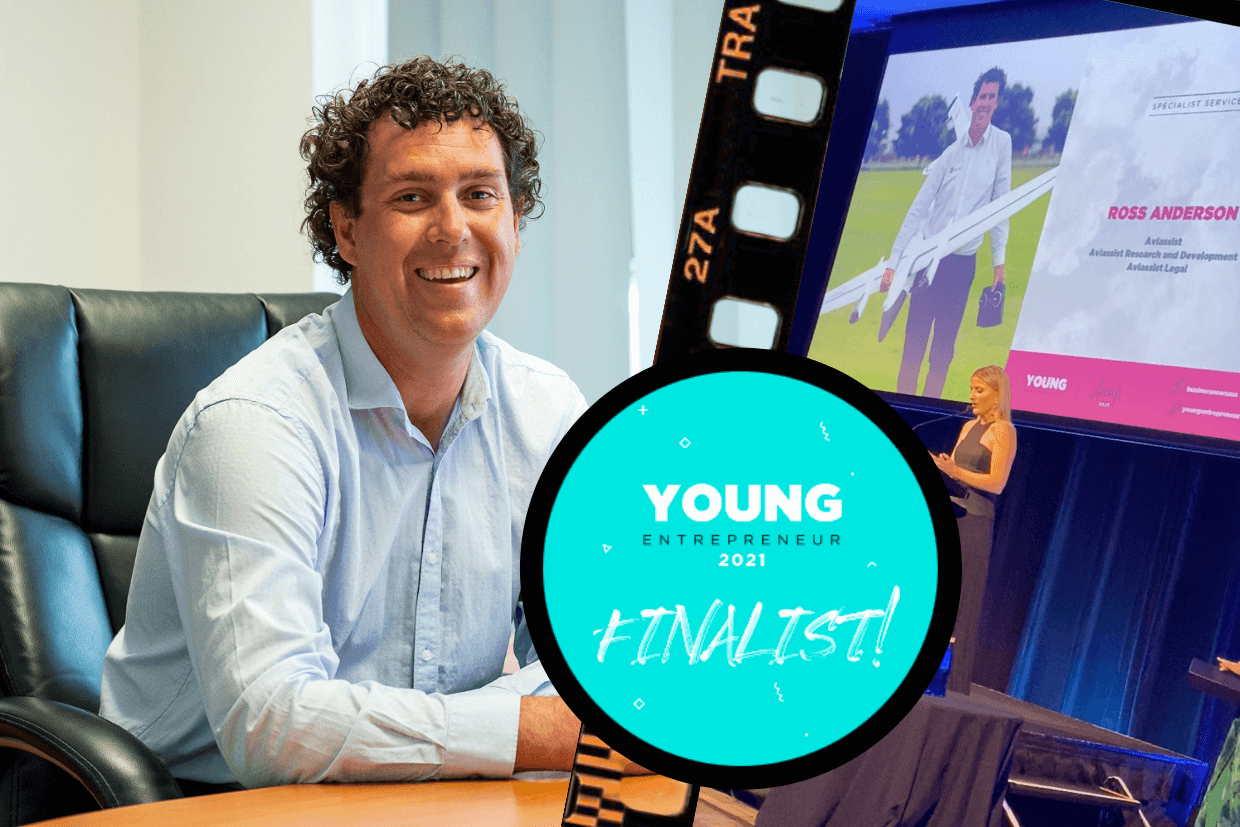 Our founder Ross Anderson was recently formally acknowledged as a finalist for the Business News Australia National Young Entrepreneur Awards.

Our founder Ross Anderson was recently formally acknowledged as a finalist for the Business News Australia National Young Entrepreneur Awards – which is significant because this isn’t a drone or aviation-themed award.

The awards celebrate the success of young founders who are in the driver’s seat of Australia’s most exciting businesses, unicorns included! And despite the challenges bought on by the pandemic over the past two years, this was the biggest year yet for the Young Entrepreneur Awards initiative.

This year’s cohort of nominees generated a whopping $2.4 billion and employed nearly 12,000 people, which is just a huge contribution to the economy.

Unfortunately, Ross didn’t take out the category of specialised services (which was one of the most competitive awards on the night) but it was a huge honour nonetheless to see him nominated.

As a result of being involved in these awards, more than 150 attendees, including finalists from across Australia and the Mayor of the Gold Coast, Tom Tate are now familiar with what Aviassist can do, not just as a drone company but as a partner to help clients hover at new heights.

The awards were held at the Sheraton Grand Mirage on the Gold Coast, and while it was unfortunate the Aviassist team could not be there in person to celebrate, it was great to be shortlisted among some of the best entrepreneurs in the country.