Should we be celebrating National Inventor’s Day in Australia? 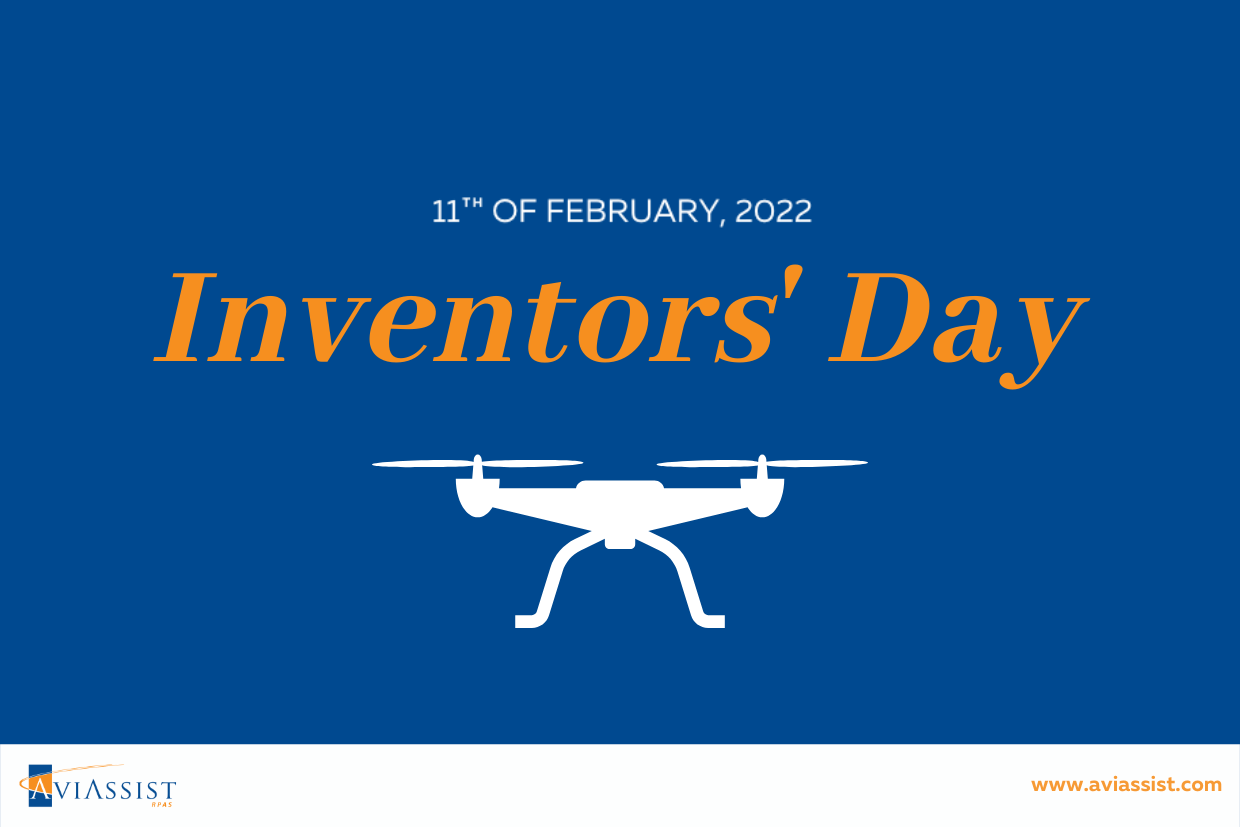 For those who don’t know, National Inventors’ Day was celebrated in the United States over the weekend. While the day is not formally recognised in Australia, we still think it's worth acknowledging the art of invention in the land down under.

At Aviassist, we have a vested interest in keeping up to date with drone technology; and it’s a space that moves at the speed of light right now.

Whenever a new drone hits the market, inventors’ are already working on improvements to make the technology even better.

And while that may seem daunting, it’s also incredibly exciting.

The invention of drones

If we travel back to early drone history where the name ‘drone’ refers to any unmanned aerial vehicle (UAV), the first adaption was seen in 1839. Austrian soldiers attacked Venice with unmanned balloons filled with explosives…some were successful, some weren’t.

Thankfully, technology improved drastically throughout World War ll and the days of sending balloons to enemy camps were long gone.

Abraham Karem, an Iraqi born American, is widely considered the Father of Drones, after inventing the innovative Predator UAV that was used primarily for reconnaissance missions by the US Air Force in Afghanistan and Iraq (among many other conflicts).

Karem is now in his eighties but is still developing drone technology for military use.

Karem built the Predator, which is a legendary vehicle that turned drones from unnecessary items to must-have surveillance.

In 2013, the CEO of Amazon, Jeff Bezos, started to use drones as a delivery method which arguably sparked the hype around recreational drone use.

Soon it was common for photography enthusiasts – even regular middle-class households  – to purchase to capture life’s moments from a bird’s eye view.

For the aviation industry, the integration of drones can be compared to the arrival of the jet engine in terms of its ability to revolutionize the future of aviation.

We don’t know if he ever imagined for a moment where drone technology would ultimately be in 2022, but he certainly paved the way for it to be used in many other fields, including video and photography, agriculture, mining and emergency services.

Back to the future

At our Aviassist headquarters in Newcastle, we recently test flew a small Skydio 2 drone; without the pilot even being present.

Rather, he was sitting (comfortably) 800 kilometres away in Melbourne, using monitors to remotely navigate the drone around various obstacles.

Referred to as teloperations, this is the new frontier in drone technology; and it’s opening up a whole range of new uses.

We recently heard that KFC is delivering its Zinger burgers using drones in Logan, Queensland.

All novelties aside though, we think the training of firefighters, marine authorities and the police in the use of drones will have the greatest positive impact on our communities.

What they’re seeking to use drones for in the emergency services space is astonishing, and, in many cases, potentially life-saving.

Perhaps, given all there is to recognise and celebrate, perhaps it is time to rally behind the adoption of an Australian National Inventors Day.

Especially given that we’ve seen many innovations in aviation in Australia including the black box flight recorder and more recently, the Boeing Airpower Teaming System (ATS), also known as the Loyal Wingman project.

It is the first combat aircraft to be designed and developed in Australia in more than half a century and could be in production by the mid-2020s.

Developed by Boeing Australia for the Royal Australian Air Force, the Loyal Wingman, as quoted by our Prime Minister Scott Morrison, “Will be pivotal to exploring the critical capabilities our Air Force needs to protect our nation and its allies into the future.”

This significant innovation in the aviation space is certainly something that we’d like to see celebrated and acknowledged as part of our own national inventors day.