Learning from past RPAS accidents and incidents 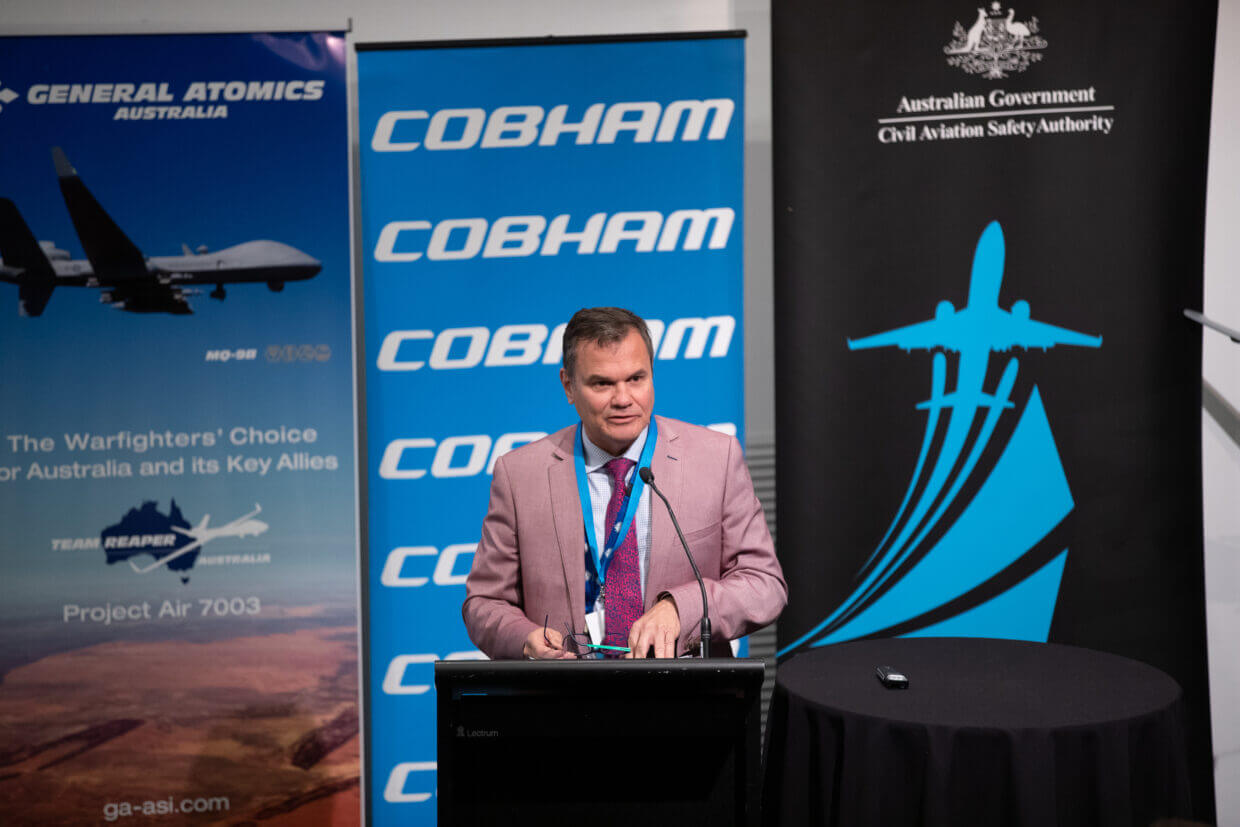 Greg Hood, Chief Commissioner for the Australian Transport Safety Bureau (ATSB) delivered recent RPAS accident and incident data to the RPAS in Australian Skies conference. The data showed Australian RPAS operators are still missing the opportunity to learn from the mistakes of the past.

The trend was definitely positive with a general increase in the level of reporting accidents and incidents.

Excluding near misses, presumably a majority from piloted aircraft, there were 77 occurrences reported by RPAS operators.

In 2018 the number of RPAS operators overtook the number of piloted operators, also during 2018 there were estimated to be a total of 16000 aviation notifications to the ATSB.

It could be argued, statistically, that RPAS operators should have more incidents than their piloted counterparts. The actual number of incidents by RPAS operators could potentially be more like 77 a week rather than 77 per year.

Why aren't RPAS accidents and incidents being reported

Another reason for the lack of reporting could be a lack of understanding of what and how to report. On the piloted side, things required to be reported are prescribed in Aeronautical Information Publication (AIP) Enroute 1.14. While this reference is used in RPAS Operation Manual templates, what to report for RPAS accidents and incidents is not prescriptive. 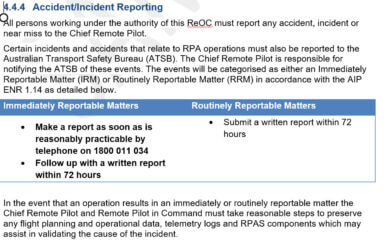 There is a requirement for drone pilots and RPAS organisations to report accidents and incidents. RPAS accidents and incidents are reported to the Australian Transport Safety Bureau (ATSB), a no-blame investigator.  The ATSB’s mantra is to “improve the safety of, and public confidence in, aviation, rail and marine transport”. The ATSB achieves their purpose by:

Out of all of the RPAS accident and incidents submitted to the ATSB, 11 have been formally investigated. The remainder forms a database where correlations in accidents and incidents can be made. The ATSB also publishes the occurrence database. RPAS operators can review or possibly implement into the organisation’s safety management system.

The lack of reporting amongst Australia’s drone pilots mean RPAS Operators are missing the opportunity to improve safety collectively. For example, the DJI Matrice 200 battery issues experienced during 2018 were experienced by many RPAS operators of this aircraft type. Had all of the RPAS operators experiencing the problem reported the issue, the information collated by the ATSB would have highlighted an issue. Instead, safety alerts were slow to come from overseas officials, meaning more drone pilots experienced the issue than necessary.

The important message to take from accident/incident reporting is that it enables RPAS organisations to learn together, irrespective of competitive bias.  Additionally, for Remote Operator Certificate holders, it is an easy starting point to improve organisational culture and improve the professional culture of the organisation’s drone pilots. For Greg Hood and the ATSB, it is all about the data.