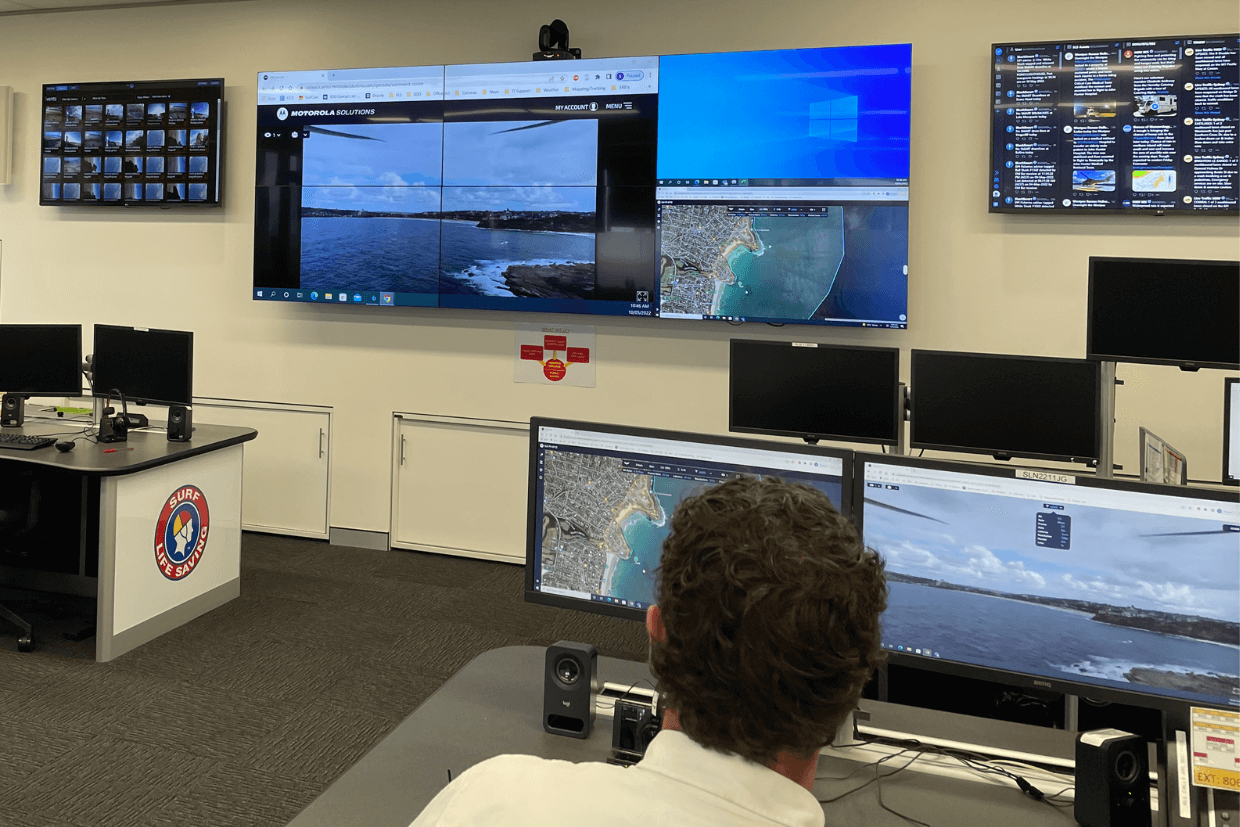 THE FUTURE of search and rescue operations was showcased during a recent drone operation stretching 10km from the Belrose Surf Life Saving Head Quarters to Freshwater on the Northern Beaches.

In a concept similar to remotely controlling air conditioners in homes from afar, the operation was conducted from inside the SLS headquarters while an observer and safety pilot was on the beach.

The technology behind the trial, known as tele operations, allows pilots to command a drone remotely and is the next logical step for drone operators according to Aviassist Managing Director, Ross Anderson.

“Traditionally a drone pilot needs to be co-located with the aircraft and only operate within visual line of sight,” said Ross.

“Where tele operations can enhance this process, particularly in search and rescue, is for the drone to be operated from anywhere in the world, offering greater flexibility on where pilots chose to base their operations,” he said.

In December 2021, Aviassist flew a Skydio 2 drone in Newcastle while the pilot was located in Melbourne 800km away.

The most recent test flight of its kind, in collaboration with AUAVS Manager & Chief Remote Pilot of the Australian UAV Service (a business unit of Surf Life Saving NSW), Paul Hardy was completed using an off-the-shelf product from Motorola with a DJI Phantom.

Offering superb 4K video with hi-definition live streaming and cutting-edge “sense” obstacle avoidance and target-tracking technology, Paul, who oversees a crew of over 450 UAV Pilots said they have the coastline covered.

“The biggest resource we have isn’t the drones, it’s the people and the skills,” said Paul.

“With floods and emergencies, whether they’re coastal and land, we operate across the width and breadth of NSW.”

“During the floods in March 2022, we had drones up across Lismore, Hunter Valley, Western Sydney, and the Northern Beaches, streaming all the footage back to various places,” he said.

When the Manly Dam started rising, Paul’s team were used to confirm the overflow.

“We saw it come up and we could see where the floods were happening and we gave that information to the rescue services on the ground doing evacuations,” said Paul.

“We also performed bridge checking at the time to ensure bridges were safe to drive over.

With over 50 sites and over 20 mobile units running on any given day during the school holiday period, the SLS UAV service is dedicated to keeping the community safe along the coastline and surrounds.

“There’s a lot of people that worry about drones and how safe they are,” said Paul.

“Rest assured, that by working with Ross and Aviassist, a Civil Aviation Safety Authority certified company specialising in drone training and dedicated to providing aviation expertise to Australian businesses, we’re in good hands.”

While the future of operations from beyond the visual line of sight is possible, Ross believes more work needs to be done before it is widely adopted.

“Aviassist is Australia’s leading drone training organisation and we drive innovation through our dedicated research and development arm,” he said.

“We are proud to be part of the foundations for the future of SLS UAV operations.”