Which radio frequency should commercial drone pilots be using? 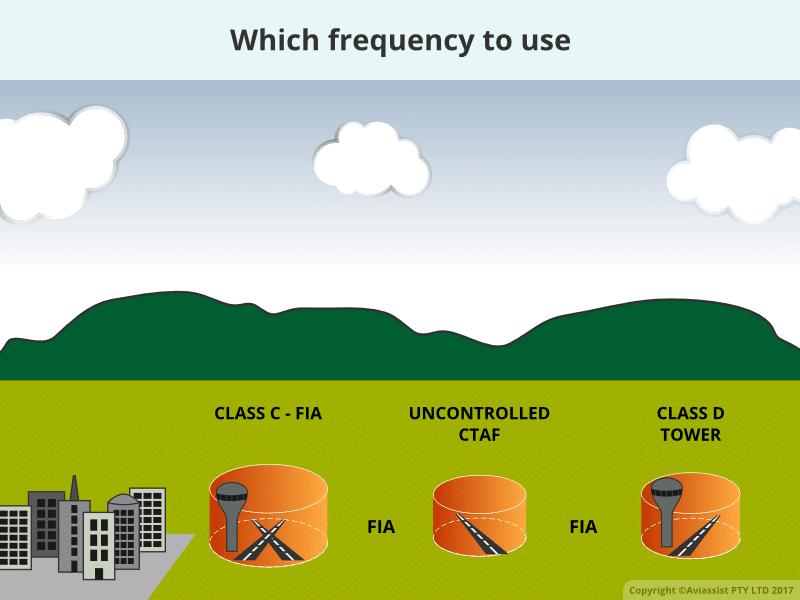 An aviation radio is a valuable tool to commercial drone pilots for gaining situational awareness but they are only useful when tuned in to the appropriate frequency. The frequency to use will be dictated by the location you are flying. 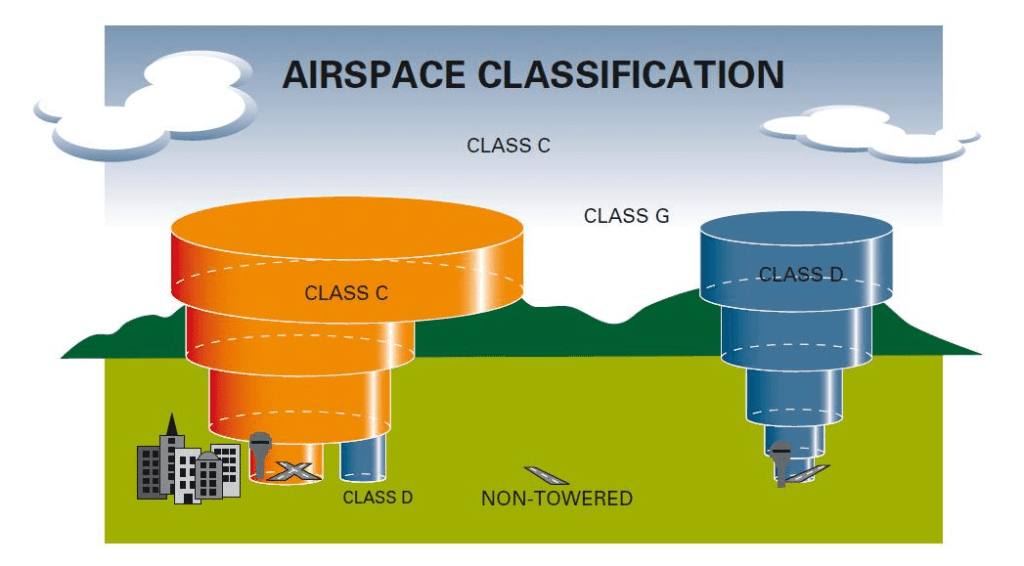 Operations within three nautical miles of a controlled airport requires specific approval for commercial drone pilots. The approval will specify frequency to use during the operation. Outside of three nautical miles, commercial drone pilots do not need specific approval and the frequency to use will depend on the airspace class. Within controlled airspace, piloted aircraft are separated by air traffic control. There are two types of controlled airspace within Australia that reach the ground, Class C airspace and Class D airspace.

Within Class C airspace, traffic separation is managed by a radar operator, think keeping the blips on the radar screen apart. As such, it is the frequency of the radar operator that is used in Class C Airspace. This frequency is known as the Flight Information Area (FIA) or “area frequency” and is published on aviation maps and charts.

Within Class D airspace, traffic separation is managed by the tower, think a set of binoculars peering out the window. As such, it is the frequency of the tower that is used in Class D airspace. This information can be found in the airport’s information contained within the Enroute Supplement Australia (ERSA) and aviation maps and charts. Some airports feature multiple tower frequencies for different runways. In this case, it is best to check with the air traffic control unit for the best frequency to use.

There is no need to think of the air traffic control unit as “the big scary people in the tower” they are there to help and will appreciate the ability to make contact with commercial drone pilots where necessary. It is important for commercial drone pilots to understand that these frequencies are used to manage large volumes of traffic in a safe and efficient manner. Air Traffic controllers have hundreds of lives in their hands at any one time. Use of the frequency should be restricted to a listening watch unless instructed otherwise or it becomes apparent there may be a traffic conflict.

Minor airports don’t have the luxury of an air traffic control service. In fact, most airports in Australia don’t have control towers. This leaves it up to pilots to organise separation between themselves. Discreet frequencies have been allocated for pilots and commercial drone pilots to use to communicate directly with each other. These frequencies are known as the Common Traffic Advisory Frequencies or CTAF. The Common Traffic Advisory Frequency can be found in the airport’s information contained within the Enroute Supplement Australia (ERSA) as well as aviation maps and charts. Some airports don’t have a discreet frequency listed and the default CTAF of 126.70 is used.

Position broadcasts are made by both pilots and commercial drone pilots within a CTAF. Piloted aircraft begin to make position broadcasts ten nautical miles away from the airport or while taxiing for departure. It is usually mandatory for commercial drone operators to use the radio within three nautical miles of the airport with ten nautical miles being recommended. There are some other intricacies to the airspace system resulting in times piloted aircraft not equipped with a radio may be operating around uncontrolled airports, so it is still important to keep a good lookout.

Airports that don’t appear on any aviation maps or charts use the Flight Information Area or “Area Frequency”. Broadcasts on this frequency are kept to a minimum as this frequency is also used by air traffic control from one of two main centres in Brisbane and Melbourne.

For commercial drone pilots to legally use the air band range of frequencies in Australia you will need an Aviation Radio Operators Certificate (AROC). Aviassist includes the AROC as part of all Remote Pilot Licence training courses or the AROC course can be taken individually. This certification is the key to opening the amount of locations commercial drone pilots can operate.